In no specific order, here they are:

Fish That Ate The Whale: The Life and Times of America’s Banana King 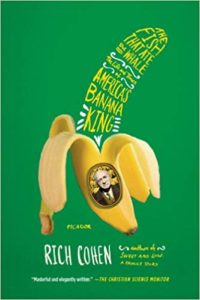 I learned a lot about bananas from this book. And understood the origins of the phrase “Banana Republic“. But Rich Cohen‘s scintillating biography of Sam Zemurray is much more… an inspirational tale about this first-gen immigrant who, by dint of sheer hard work and fierce determination, built a billion dollar fruit empire – and literally transformed the world.

This year, I discovered Rich Cohen, read many of his books – The Last Pirate of New York, Tough Jews, Monsters: The 1985 Chicago Bears – and became a great fan. The story of Sam, the banana man is my favorite.

The Last Testament of Lucky Luciano 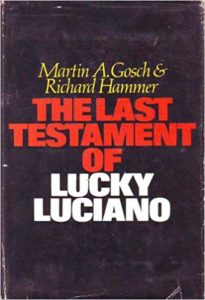 Martin Gosch‘s brilliantly researched biography of New York’s most famous Mafia gangster is a gripping tale any fan of the genre will enjoy. Hearing of Lucky in Jackie Collins’ novels and learning that he was the model for Don Vito Corleone in Mario Puzo’s ‘The Godfather‘ only built up anticipation for his story. And The Last Testament didn’t disappoint.

What did, though, was the common realization most gangster biographies expose, as did ‘Dongri to Dubai‘. Crime doesn’t pay. Criminals die young. And even those who survived paid a heavy price for what they did. 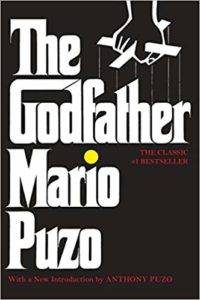 Side note: This year marks the FIFTIETH anniversary of ‘The Godfather‘ – and in honor of this milestone of my all-time favorite book, I will be reading it one more time soon! 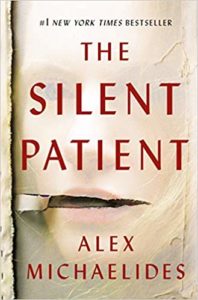 Alex Michaelides‘ debut novel is one I called “the best book I’ll read this year” – even while I was reading it. Five months later, nothing has changed about that assessment. It is still my pick of 2019’s extensive reading list – and many who picked up a copy on my recommendation agree with this.

So if you’re looking for a fast-paced action thriller to keep you engaged and mentally active over the winter holiday, grab this book. Don’t read it late into the night – or you may never get to sleep! (See my full review here)

A History of the World in 100 Objects 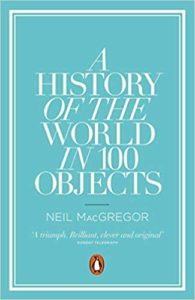 Neil MacGregor‘s extensively researched and beautifully compiled collection from the British Museum archives will make you see the world in a different way.

I was at first intrigued by the idea of showcasing the world’s history through an assortment of objects. But as I read the book, I was thoroughly captivated by the author’s extensive knowledge, the stories from across the world and spanning centuries that gives one such a lovely insight into how we have grown, how far we have come, as a species, as a people, as a culture.

It is a serious read. And is loaded with facts. I went no faster than a chapter every day, which drew out the reading period for almost three months. But if I were to do it over, that’s exactly how I would – again. 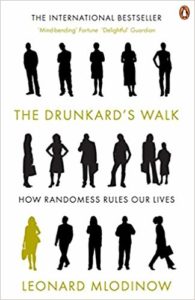 How can a book written by a statistician be “gripping” or “fascinating“? Well, if the statistician’s name is Leonard Mlodinow and has a catchy title like this, even such miracles can happen.

This is a book every scientist should read. And every non-scientist, as well. To make sense of data and patterns. To deconstruct and analyze reports and journals. To cut through the hype and hoopla of lay-media reportage and understand what’s really happening in our world… and why.

Armed with this knowledge, you’ll gently laugh away #FakeNews because you’ll cut through to the truth.

Hitman Anders and the Meaning of it All 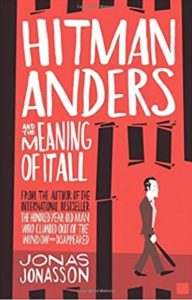 Jonas Jonasson never fails to make me laugh. With his narration of the antics of hitman Anders, he had me in stitches all through the book. Even thinking back to that memorable fictional character I read about in January brings a smile to my face.

If you enjoyed his “The Hundred-Year-Old Man Who Climbed Out of the Window and Disappeared“, don’t miss reading this one. It’s entirely different – except that it too will have you laughing out loud… over and over again. 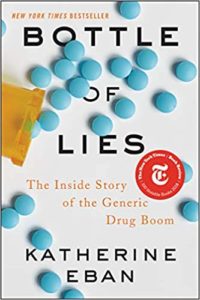 Although I wish more of the great books I read this year had positive messages, they sadly didn’t. And none was quite as disturbing as Katherine Eban‘s expose of the shenanigans that went on at the leading pharmaceutical firm Ranbaxy.

It’s a shameful tale of corruption at high places, combined with a ruthless profit-grabbing attitude of corporates that throw ethics and basic human decency to the winds in a headlong pursuit of the almighty dollar.

That it took so long to nail down the crimes is heart-rending. That it eventually happened is slightly comforting. That it may well be happening elsewhere even now is disturbing. 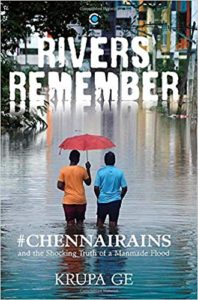 In the same vein of corrupt officialdom and incompetent government comes Krupa Ge‘s fabulous reporting on a natural calamity that left my city tottering on the brink of devastation four years ago. She brings to life the heart-break and suffering of common people who were caught unawares by a city administration grossly unprepared for Nature’s onslaught.

It’s a book you’ll read to understand the magnitude of the problem caused by Chennai’s flooding. And to appreciate how badly misadventures by city planners backfired in magnifying the impact of the disaster. As well as to realize how, even four years later, precious little has been done to prevent a repetition of these incidents if ever we are unfortunate enough to suffer a similar meteorological freak. 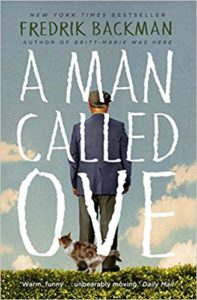 Not many other writers can bring fictional characters to life like Fredrik Backman. The hero of his debut novel endears himself to a reader only gradually. But by the end of the story, you’re crying tears of joy and relief every time Ove breaks your heart.

All through 2018, I had heard many readers speak highly about ‘A Man Called Ove‘. But even after buying the book, I didn’t get around to reading it until last month. After finishing it, I’ve gifted copies to a few friends – and bought a paperback edition for my bookshelf (a rare act, since 95% of my reading these days is on a Kindle). 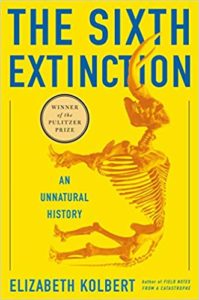 Elizabeth Kolbert‘s fascinating narrative about the evolution of species, and its sobering flip side – extinction – is what I’m currently reading. And it is special.

Last year, I listed Bill Bryson‘s ‘A Short History of Nearly Everything‘ among my favorite picks, because it helped me better understand the world. ‘The Sixth Extinction‘ does the same – including why we may not have the world we love, and the species inhabiting it, for much longer… unless we make some big changes.

So there you have it.

In all, I’ve finished 62 books this year, and am on track to get to 65 or so by year’s end. That’s fewer than in 2018, but the ones I picked this year were more intense, informative and involved reads.

What were your favorite books of this year?

'Knife At A Gunfight' is 5 little books in one! Learn how to focus, beat procrastination, get more done, blitz your to-do list and break bad habits to skyrocket productivity.

'The Icedrop' is a delightful novel in the footsteps of Jonathan Seagull. Join little Adrian as he's inspired to pursue his dream... and learns to live his destiny.

'A Spray of Sunshine' is an anthology of 12 heartwarming, cozy fireside short stories to warm your heart, thrill your imagination, and stir your soul.