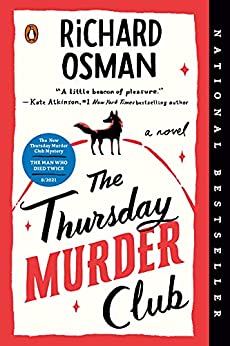 Richard Osman’s ‘The Thursday Murder Club‘, notable as the most widely read debut novel of all time, is a murder mystery thriller with several unique twists that make it an intriguing read. An unconventional detecting team. A rather casually brutal crime. And an exciting expose. Together it all adds up to… a best seller.

And felt it was good.

Well, kind of. With a lot of nice twists and turns.

But something made me hesitate.

In the book’s description somewhere, I read that it is a hot seller because everyone who reads it can’t help telling their friends about it… which, naturally, made me want to NOT!

Still, that’s not a valid reason, is it?

The story is told from three unique points of view. Each is narrated in different styles (one of them a journal) that carries the story forward seamlessly.

There are many delightfully unanticipated twists that kept me engaged all through (though towards the end, they came too thick and fast to remain believable and/or credible).

Still, a nice, fun read for a holiday or break from routine.

So I’ll join the “readers tell everyone else about it” club – and recommend The Thursday Murder Club as an enjoyable addition to the world of mystery/crime writing.